Last summer, I travelled to the Philippines for the 70th birthday celebration of my father. It was a very short visit since I needed to be back home for work. I've always wanted to try EVA Air's Hello Kitty Jet so I booked my flight from Stockholm to Fukuoka using Avianca Lifemiles. From Fukuoka, I flew on a budget carrier to Tokyo, and from Tokyo I flew on Singapore Airlines Suites to Singapore, and then first class to Manila using my Kris Flyer Miles. On my way back to Stockholm, I flew on Cathay Pacific First Class and Finnair Business Class using my AA Advantage Miles. This trip allowed me to test EVA Air Hello Kitty, Singapore Suites and Cathay Pacific First Class all for the first time and I couldn't be more satisfied. 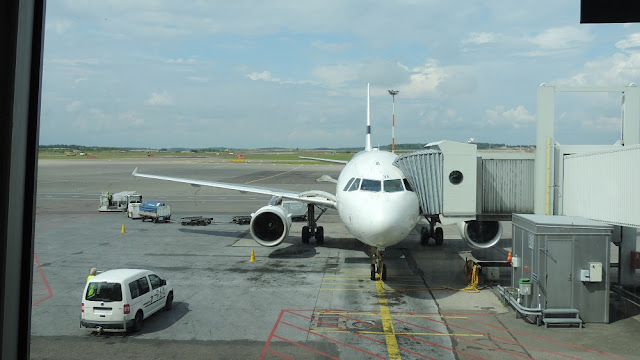 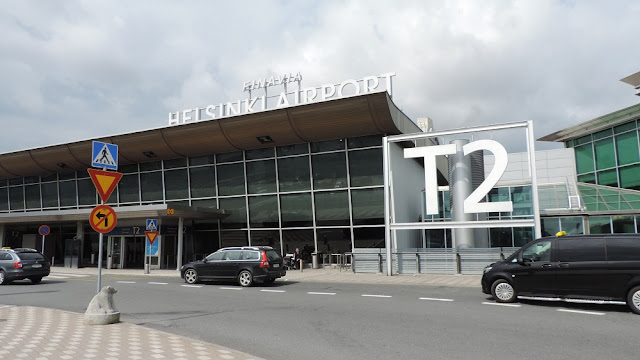 After enjoying my short visit in Helsinki, it was then time to take my flight back home. I arrived at Helsinki Vantaa Airport Terminal 2 less than three hours before departure. 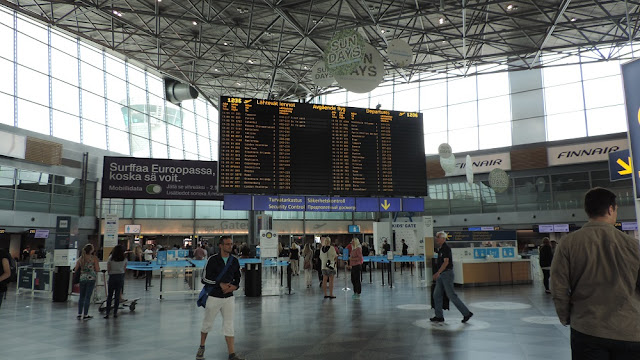 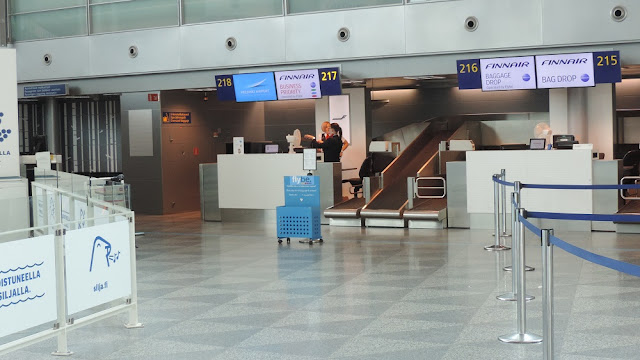 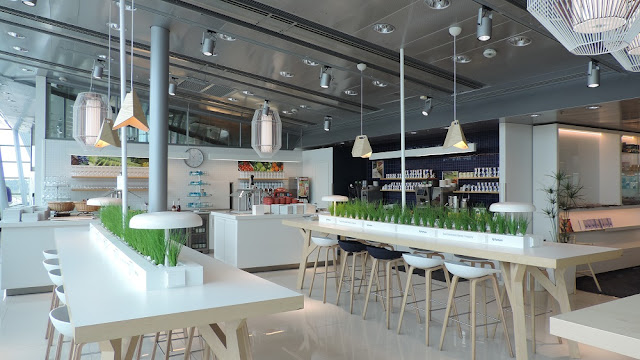 After clearing security, I headed directly to the Finnair Business Lounge-Schengen. It was almost empty when I came so I was able to take a lot of good pictures of the lounge. 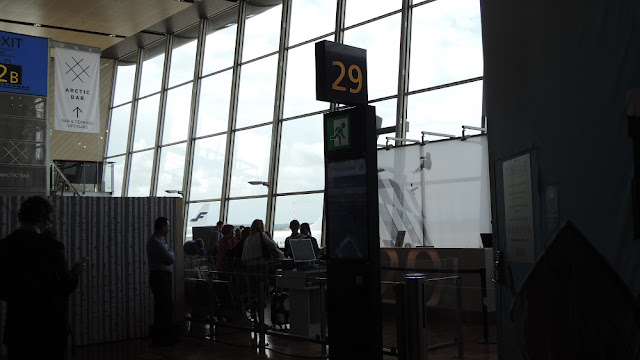 About 30 minutes before departure, boarding started in Gate 29 with priority boarding given to business class passengers and those with status on Finnair and One World. 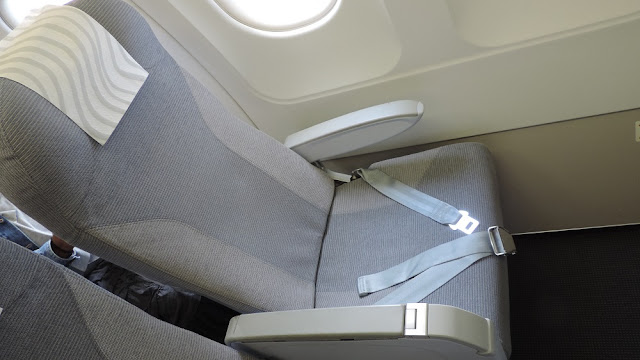 My seat 1A was a window. On this flight, 5 of the 14 seats were occupied. Shortly after boarding was completed, Christian the captain, came on the PA and welcomed us on board and advised us of our flight time of 45 minutes. One of the flight attendants came to my seat and offered newspapers, where I ended up choosing Financial Times, the only English newspaper they had. 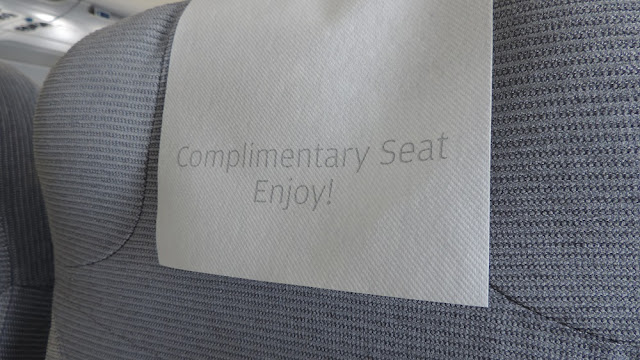 As usual, the middle seat was left vacant. 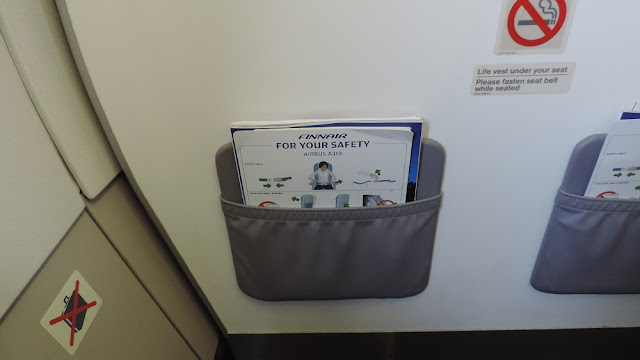 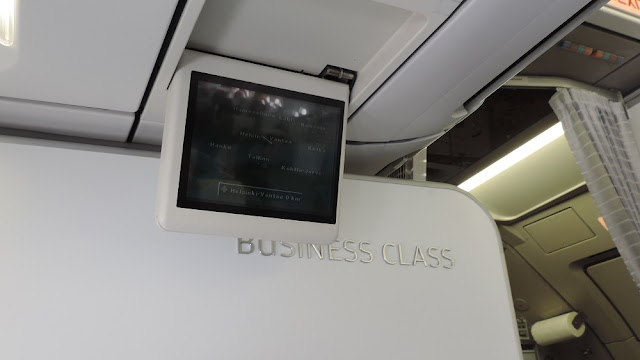 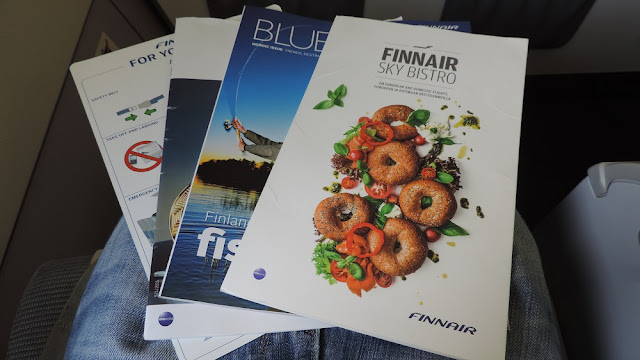 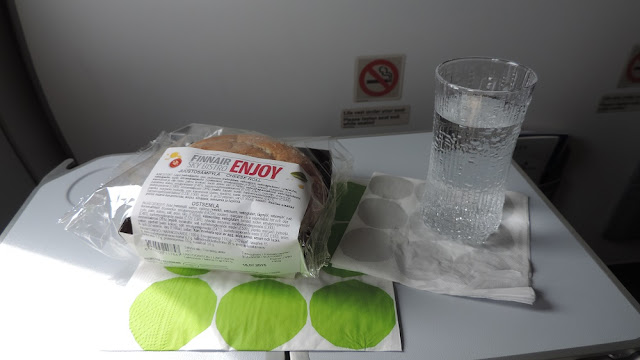 As soon as the seat belt sign was turned off, the meal service started and I was given a cheese roll. For my drinks, I opted for a glass of still water served on a Marimekko glass.

As it was a very short flight, the plane was already descending before I knew it. 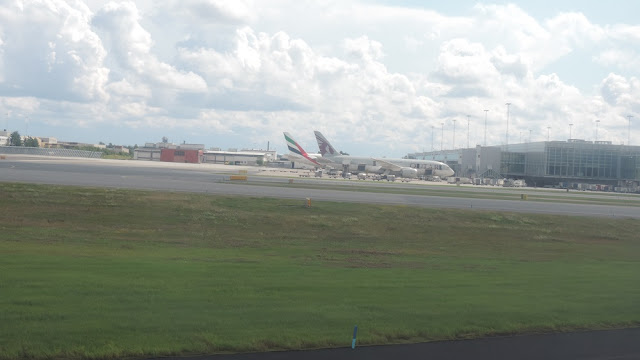 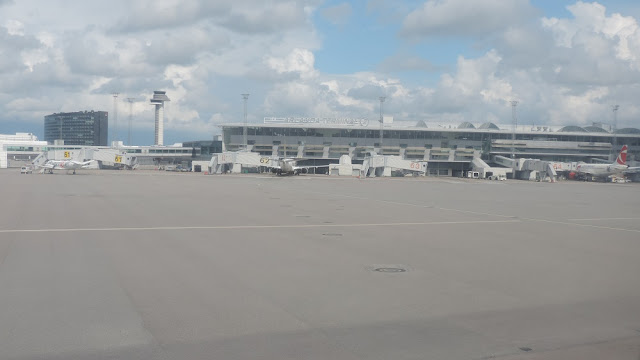 We arrived at Stockholm Arlanda Airport Gate 63 at 14:07, about 3 minutes ahead of schedule. 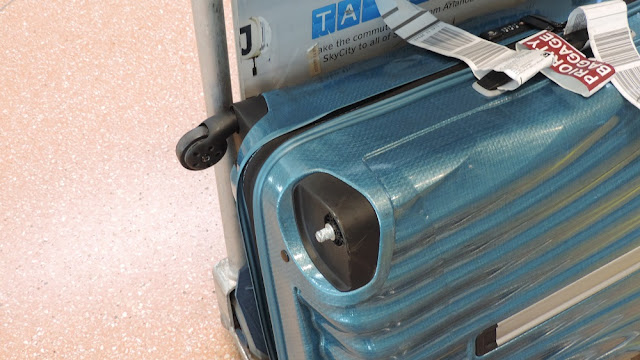 Unfortunately, my Samsonite luggage had one of the wheels missing again. I also had two umbrellas which were packed in Manila Airport by the Cathay Pacific ground staff which was nowhere to be found. I found it strange that one of my luggage went missing despite the fact that the check in agent at Helsinki Airport told me that all three luggage were okay and would be on the flight. Following the standard procedure, I went to the Lost Baggage counter and was assisted by a friendly young guy who helped me declare the two incidents in writing. The missing wheel was replaced by one of the Samsonite shops who partners with Finnair so I didn't have to pay anything. 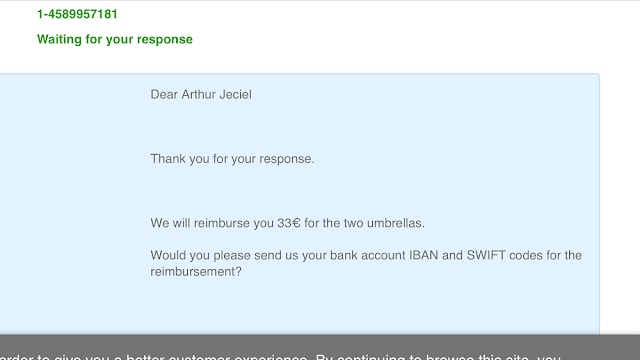 As regards with the missing umbrellas, I was able to get 33Euros which was about the same price I paid for them.

For a very short flight, I thought the food and the service were both very good. The fact that one of my luggage was damaged again while the other one went missing was a bit dismaying. But since Finnair handled it very well, I guess I still have to give credit to them. Overall, a nice flight.
Finnair Helsinki 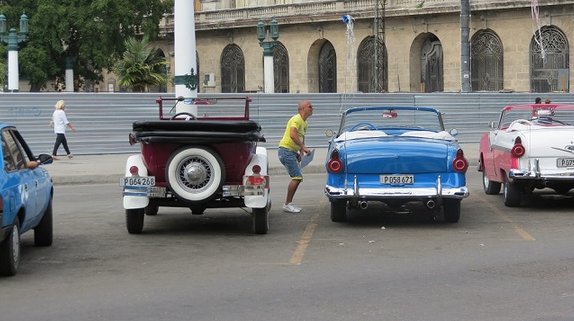